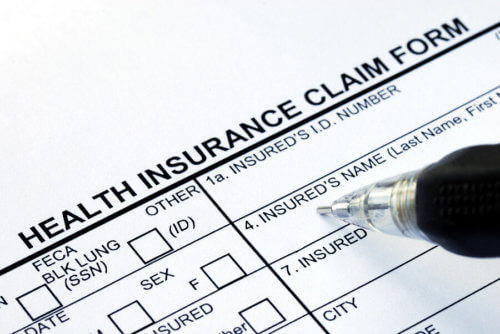 Having health insurance is important for those that are reentering society or for those already out but don’t have health care coverage. In this article we will provide all the information you need to know about health insurance for felons.

Can Felons Get Health Insurance?

Yes, Felons are eligible to get any type of health insurance including Medicaid, Medicare and private health insurance after being released from prison. While incarcerated you can not be covered by private insurance but all  healthcare will be provided by the department of corrections at no cost.

In this article we will cover all the basics of getting health insurance for felons including the following.

Types of Health Insurance For Felons

When looking for health insurance coverage you will find that there are four main types of types.

It is important to note that Obama Care; the Affordable Care Act will fine you if you do not have health coverage for 100% of the year. The fines for 2016 – 2017 are as follows and will be collected from any tax refund you get at the end of the year.

Cost of Health Insurance for Felons

Every type of health insurance has greatly different costs. Below we will provide some guidelines as to what you should expect to pay.

Most people would assume that medical care would be covered while in incarcerated but that is not always true. At least 35 states charge prisoners/convicted felons a copay for each time they receive medical care. This charge varies greatly from a few dollars to 100 dollars.

An estimated 80 percent of prisoners are poor. Medical copayments typically come out of their commissary accounts, which are often funded by money provided by their families and earnings from prison jobs.

Another point well worth noting is that you can not have private health insurance, Medicare or Medicaid while incarcerated in most cases.

Medicaid for Felons… The Best Option for Most

Medicaid is often the best health insurance for felons because it is cheap and accepted by a large percentage of doctors and almost all hospitals. If you have kids you will also want to apply for the Children’s Health Insurance Program (CHIP). This is a program for kids through Medicaid.

Since Medicaid is income based you will have a very low monthly premium. The average cost of this type of health insurance is about 94 dollars a month but can be lower if you have no or little income. Another advantage of using Medicaid health insurance is that you can apply while still incarcerated. You will not be able to use it while in prison but you will be covered on the day of your release. If you are planning on staying at a halfway house or utilizing a reentry program for felons you will be covered also.

Many felons upon release may need immediate medical care but will not have the income to pay for health insurance. There are a number of places that felons can receive free or greatly reduced medical treatment.

The National Association of Free and Charitable Clinics also know as NAFCC, offer hundreds of medical care options. This is an excellent options for felons that need medical treatment ASAP. You can search the United States for free medical care clinics on the NAFCC’s website here.

Why Health Insurance is Important

Health insurance is a must for anyone that is trying to turn their life around and/or has children. Many felons and ex-offenders have had less than adequate health care while in prison and it is important to get checked out as soon as you are released. Having regular check ups and medical care greatly reduce your chances of having a catastrophic health issue like a heart attack or cancer.

In addition to preventing major illness it is nice to be able to go to the doctor when you have the flu or a common cold. Having health insurance will allow you to miss less days at work (Jobs For Felons), be healthier and feel better.